Films: The Woman in Black (2012)
Format: DVD from Sycamore Public Library on laptop. 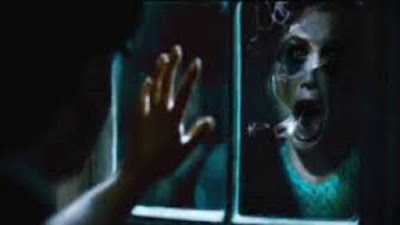 When you’re going to be known for your entire life as Harry Potter, it kind of frees you up. Elijah Wood has had the same experience as Daniel Radcliffe in that respect, I think. Wood, who will be Frodo Baggins to millions of people no matter what he does, has focused on weird little horror movies and odd television shows. In a way, it must be a freeing up. Financially secure and more or less typecast, you can do what you want. That had to be at least a part of the reason for Radcliffe signing up for The Woman in Black.

It would be hard to say it was a bad choice. It’s an interesting connection to film history in a couple of ways. First, this is a remake of a 1989 film of the same name with many of the details staying the same. Second, and in terms of film history, more importantly, The Woman in Black is a part of the Hammer horror revival. There is a connection here to the great Hammer films of previous decades, at least in terms of having a period feel, although this one takes place around the start of the last century.

The film begins with us witnessing three young girls committing suicide by jumping out of a high window. From her we flash to London where we are introduced to Arthur Kipps (Radcliffe), a lawyer who is raising his young son Joseph (Misha Handley) on his own since his wife has died in childbirth. Kipps, a lawyer, is sent to the village of Crythin Gifford somewhere on the English coast (although the name looks vaguely Welsh to me, sort of), to negotiate the sale of the ancient and abandoned Eel Marsh House and to gather up any relevant documents after the death of Alice Drablow, the home’s owner.

Of course, since there aren’t really any red herrings in movies, Crythin Gifford is the town where the three young girls have killed themselves. Kipps’s arrival is not greeted with any warmth by the residents, who would prefer he leave as soon as possible. The one exception seems to be Samuel Daily (Ciaran Hinds), a local landowner who, we soon learn, has lost his child in an accident some years before.

Now, since this is a horror movie, there are going to be some things that you’ll expect. Eel Marsh House is, of course, haunted. The reason for this is that years previously, Alice Drablow had her sister Jennet Humfrye (Liz White) committed and declared unfit to care for her own son. Alice and her husband took custody of the child, who was subsequently killed in an accident on the marsh surrounding the house. The boy’s body was never recovered. Since that time, many children in the area have suffered mysterious deaths, many of them either clearly suicidal or at least clearly ignoring obvious mortal peril. This is reinforced when Arthur encounters a young girl named Victoria who kills herself by drinking lye.

So, in its own way, this is going to be a rehash of Ringu, except that the source material for this came first. Arthur needs to find the body of the dead boy in the marsh since the vengeful spirit of Jennet Humfrye, the eponymous woman in black, targets children and Arthur’s son Joseph is coming to the town to be with his father at the end of the week, making him a clear and potential target for the angry spirit’s targeted, but unparticular wrath.

There’s a lot that The Woman in Black does right. It looks the part, being perhaps a little past the Edwardian era, or at least on the tail end of it, thanks to the presence of automobiles. There was clearly a decent amount of money put into the production in terms of costuming and the overall production values. This is a benefit since it sets the stage for the story very nicely. There is a good sense of atmosphere, at least within the confines of the Eel Marsh house as well. I also like the casting. Radcliffe is decent in the role, and Ciaran Hinds is always good. It’s also nice to see Janet McTeer as Elizabeth Daily, since I like McTeer and wish she’d work in film more.

The biggest problem with The Woman in Black is that it relies far too much on the concept of the jump scare. Website wheresthejump.com, which chronicles the use of jump scares in horror movies, lists 16 jump scares in the movie, giving it a 4/5 rating in terms of the number of jumps. I don’t mind jump scares (the same site lists Evil Dead II as having more than two dozen of them), but I don’t love a reliance on them. They’re cheap and too easy. Used sparingly, they can be very effective (The Exorcist III has one of the best in film history, for instance), but overused, they become annoying. This many averages out to about one every six minutes, including the credits. When you factor in the opening scenes of establishing characters and the end of the film, they’re even more frequently. Only one of them, the last major one, is really effective.

This is important, though. While there are certainly exceptions, there is a sense if one scrolls through that list of films, that the quality of the films in question tends to slope down pretty quickly past about half a dozen jump scares or so. Please don’t offer up exceptions (in either direction) in the comments. I know they’re there. I’m talking about general trends here. The fact that Aliens (13 jump scares) has more than Resident Evil (7) doesn’t disprove my point. The trend is absolutely there.

So, The Woman in Black is stylish and made with some skill, but it also feels lazy overall, like there wasn’t enough confidence in the material to create a good, solid, atmospheric chiller and so going cheap and dirty had to suffice. With less reliance on this tactic, this would be a much better movie, because it would be a movie that relied on plot, setting, and mood to offer up the creeps rather than gimmicks.

That said, I actually liked it a little better on this watch than I did a couple of years ago when I watched it the first time. It’s still not a great movie, but I’m confident in calling it a pretty good one.

Why to watch The Woman in Black (2012): The ending is pretty surprising.
Why not to watch: It relies too much on the jump scare = scary mode of thought.

Email ThisBlogThis!Share to TwitterShare to FacebookShare to Pinterest
Labels: horror, James Watkins, The Woman in Black