A for Artsy, F for Fartsy 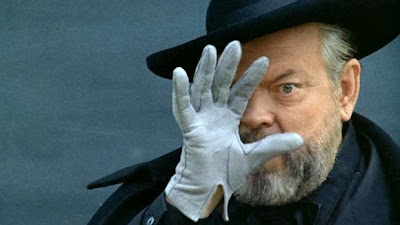 In a massive list of films, many of which are strange, F for Fake (sometimes called Verites et Mensonges) may be the strangest, or at least the most unclassifiable. Is it a documentary? Sort of. It is closer to being a filmed essay on the nature of art and forgery. It is also a fortuitous collection of coincidences that, if believed, are almost impossible to reconcile. In a film that is itself about hoaxes, it might be the supreme hoax that everything worked out for Orson Welles the way it did.

The upshot of the film is a profile on the world’s greatest art forger, Elmyr de Hory (who appears in a great deal of the film) Welles, in front of the camera for some scenes and “behind the scenes” but still in front of a camera in an editing room, tells us about the strange career of de Hory, who manufactured a number of original pieces of art in the style of famous artists, passing them off as the work of others.

As it happens, while the filming is going on, de Hory’s biographer is there to be interviewed as well. This is Clifford Irving, who at the time of the filming was making headlines as the fake biographer of Howard Hughes. So, suddenly a film about one person who was a professional fake becomes a film about the conjunction of two such men at the same time and the same place. Throughout, when discussing the various works of forgery that the film concerns itself with, the question is asked about not authenticity, but art. Is the fake Modigliani as much a piece of art as one created by the actual artist? If the fake is assumed to be real, does it have the same intrinsic value as a legitimate work? These are difficult questions on the surface, although I think there is a resolution for them.

A third story running through the film, although told in full only at the end, is that of Oja Kodor, a one-time nude model for Picasso. She perpetrated her own version of a scam on the art world, thanks to Picasso’s agreement that she would get to keep the paintings he made of her. It is no less interesting than the stories of de Hory and Irving, both of which call into question the nature of artistic endeavor, ownership, and the function of experts in any field of study.

Naturally, a film like this creates more questions than it answers. That would be true if it answered even a single question, but it emphatically does not. In fact, it’s entirely possible that the entirety of F for Fake is an elaborate smokescreen. Welles tells us early in the film that he will tell us nothing but the truth for one hour of screen time. And we, almost out of habit, believe him. Why? He admits to us in the first few minutes of the film that he is a conman and a charlatan, someone who makes his living playacting at something else. We know that he is a liar and is attempting to trick us. So why do we believe him?

In a way, I almost hope that F for Fake is a whole-cloth fabrication, because that would be the supreme joke of the whole thing. Ultimately, I think we believe Welles when he tells us he is being truthful because we want to believe him.

The other unanswered question here concerns the value of art (monetary value, aesthetic value, etc.) and whether or not a forgery is as good or as valuable or as important as something done by the artist being forged. It’s not an easy question, but I think there is an easy answer. Anything—any one specific thing—is worth exactly what someone will pay for it and not a penny more.

When I was in school, I did a paper on a man named Thomas Wise. Wise was a literary critic, bibliographer, and book collector. He was also a forger, creating “first editions” of works that pre-dated other known legitimate first editions. He was also a thief; thanks to his access to the collection at the British Museum, wise stole hundreds of pages of old books, inserting some of them into his forgeries. Here’s the thing: some of Wise’s forgeries sell for more than the actual first editions he copied. So are they more valuable than the actual first editions of an author’s work? In a free market, it would be difficult to say otherwise.

F for Fake is a clever film. It’s also a pompous one, filled with Welles’s ego and false self-deprecation. And that’s part of what makes it work, too. I was wildly entertained by this, even if the whole thing is just an ego trip and an elaborate scam. In fact, I might even like it more if that’s the case.

Why to watch F for Fake: A highbrow subject made entertaining.
Why not to watch: Is any of it really real?

Posted by SJHoneywell at 5:06 PM