Watching Oscar: One Night of Love

Film: One Night of Love
Format: Video from The Magic Flashdrive on rockin’ flatscreen. 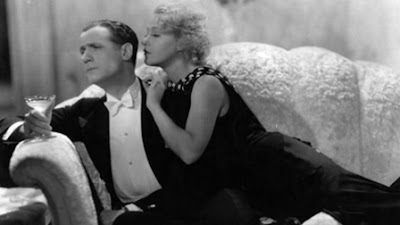 I knew nothing about One Night of Love going into it other than it was nominated for more Oscars than I’d have thought for a film I’d never heard of. Once is started and the singing began, I knew I was in for it, though. Surprisingly, this is not the sort of musical that I typically detest. In fact, all of the singing comes at appropriate times in the course of the narrative—there’s no “singing of my feelings” or people on the street suddenly knowing the choreography. No, this is actually a musical that makes sense. At least it makes sense in terms of the music.

In reality, this is pretty much standard early-Hollywood musical fare despite where the songs come in. Mary Barrett (Grace Moore) enters a singing competition with first prize being a chance to study under the great Giulio Monteverdi (Tullio Carminati). Ah, but this is something a little different right off the bat—Mary doesn’t win. She surprises her parents, though—she’s going to take all of the money she has saved up over the course of her lifetime and head off to Italy anyway. It’s her destiny to sing in the opera, she believes, and thus Italy is the place to be.

But she’s poor and desperate despite her American boyfriend Bill (Lyle Talbot) offering to essentially be her sugar daddy. Instead, she gets a job at a local restaurant where she serves food and also sings to entertain the patrons. Of course, Giulio Monteverdi shows up one night after swearing off women. Well, at least he swears off romancing his students, since Lally (Mona Barrie), the student he boots out of his presence at the start of the film, is more interested in romance than in singing.

You can see where this is going, right? Giulio, despite not wanting to be saddled with a student any more, realizes that Mary could well be a true star in opera. He gets her to agree to come live with him and makes her agree that romance is off the table completely—she is there to work, to sing, to learn, and to eventually put the opera world on its ear. But, of course, Giulio starts falling for Mary and Mary starts falling for Giulio because there’s a thin line between love and hate, and evidently singing really high notes makes that happen faster.

That’s really the main issue with One Night of Love. It plays on all of the tropes of the genre that you already know. Yes, I realize that as an early rom-com musical that it is certainly more influential in the genre than those of the modern period, but it’s nearly impossible to not see what’s going to happen minutes before it does. Every single missed communication, every time someone does something that looks like something else, any member of the audience not watching his or her first movie knows exactly what’s going to happen next.

For instance, when Lally shows back up, do you think Mary will do something to keep Giulio by her side? Of course she does. When she sneaks out to be with Bill, is it possible that Giulio will get the wrong idea? When he stays out all night, will she get the wrong idea? When he cooks a romantic dinner for two, is it a shock when Lally shows up instead?

I’m quickly frustrated by films that seem determined to exist solely to force their characters to make a series of stupid decisions and jump to an increasingly upsetting set of conclusions. And that’s the film here. Everything that happens is easily predictable. And then, with all of that, it doesn’t even have the sense or the decency to give us a solid conclusion. We get something sort of implied, but nothing that puts a bow on the story. I want the damn bow. I sat through the predictable film, so I deserve a damn ending.

More or less, One Night of Love sort of feels like a film that got a Best Picture nom because they wanted to fill out the ranks of the award. And yet it won for a few musical awards and also earned noms for Director and Best Actress. I’ll admit that Grace Moore has some acting chops and good comedic timing. And she can sing. But I don’t like opera, and when the music is really the biggest sell here, that’s going to make this a rough hour and a half for yours truly.

Why to watch One Night of Love: The music’s good?
Why not to watch: Ugh. Every other reason.