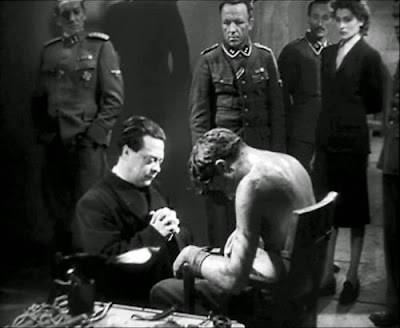 Despite the fact that I’ve seen all of the Best Picture nominations from this year and there are a few I wouldn’t nominate, there aren’t a ton that I’d add in specifically. As it happens, 1945 was the second year that the Academy went back to having only five nominees for Best Picture after more than a decade of 8-12 nominations. Les Enfants du Paradis is something that certainly could justify a nomination based on the story behind the film alone, but 1945 may have been too early for the Academy to look outside the English language, and it earned a nomination in 1946 for an award or two. I know there are fans of Detour out there, but it doesn’t work that well for me. I’d hold up the lovely and sweet Brief Encounter as a film that might be worthy of the pantheon, although it somehow showed up in the 1946 Oscars. Rome, Open City got left out, though. I’ll stand by that. I know there are more from this year that I haven’t seen—please educate me in the comments below.

5: I’m not dumping Anchors Aweigh first because it’s a musical but because of the five nominees it’s the one with the story that doesn’t go anywhere. It’s a piece of fluff, a romance that works specifically because it’s also a Gene Kelly musical and involves a massive amount of dance and includes Frank Sinatra singing. It’s entertaining, absolutely. I love the sequence with Gene Kelly dancing with Jerry the Mouse, particularly for the time. But it’s a piece of candy, delicious on the tongue, but once it’s gone it’s easily forgotten. It’s worth watching, but it probably shouldn’t have been nominated.

4: With Spellbound we’re jumping into Hitchcock, which tends to be a positive for me. Sadly, we’re looking at something that is only vaguely a part of the great Hitchcock canon. The issue with Spellbound is that it relies completely on the conceit of very basic, almost childish Freudian analysis, the sort of thing that would be pointed and laughed at today and should have been then. When a film relies on really bad science, I find it difficult to be a fan, and I’m not sure that this even qualifies as good science for its time. A young Gregory Peck doesn’t hurt it, but it doesn’t help enough.

3: My issues with The Bells of St. Mary’s is not the music. After all, just as Anchors Aweigh has Sinatra doing the singing, this has Bing Crosby doing the singing, and that’s a positive. More than that, Crosby is amazingly likable on screen, as he always seemed to be. No, my issues here are purely with story. I object to how pat the ending turns out to be and how much that ending relies on pure manipulation. The Bells of St. Mary’s tries to recapture the magic from Going My Way and succeeds only in pieces, and mostly in terms of the charm of Crosby’s Father O’Malley. It’s such a letdown after Going My Way that I dislike it more than I probably should. 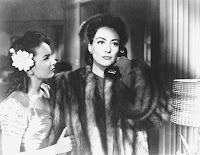 2: I watched Mildred Pierce pretty early on this blog, but it’s a film that I recall very well because of how good it is. Say what you want about Joan Crawford’s personal life, in front of the camera, she was a force of nature, and Mildred Pierce is a film that truly demonstrates her talents. Better, this is a film that contains a genuine mystery and one that plays out beautifully over the course of the film. I also love that this is essentially a film noir with a true female protagonist. It plays with the conventions of the style and hits the notes perfectly every time. Mildred Pierce didn’t win, and I wouldn’t have voted for it, but I’d have been tempted. Had it won, I’d at least be able to think that a deserving film made off with the trophy. If you haven’t seen it, track it down. It’s well worth your time.

1: Ultimately, though, this is one of those rare cases where I’m sticking with the winner. I really like The Lost Weekend. Sure, the Hollywood ending brings it down a notch, but I can live with the uplift at the end because of how good everything is getting there. Keep in mind that pre-1945, drunks in films were comic characters; guys like W.C. Fields made their career being the witty, entertaining boozehound. The Lost Weekend showed the dark side of that life, and it gets very dark, indeed. The DT sequence is pretty gripping, but for me, the whole movie is encapsulated in the scene where our failed writer played by Ray Milland walks down the street looking to hock his typewriter—the only thing he has to pull him out of his spiral—for a bottle of cheap whiskey. It’s tragic, gutting, and brilliant. I’d pick it today, and Oscar made the right choice. 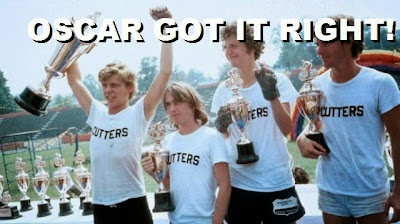