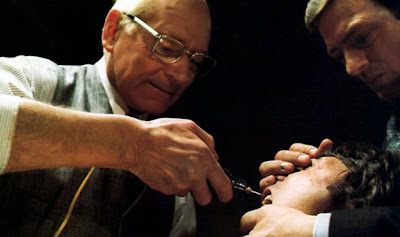 We have a surprisingly strong list this time. That doesn’t mean that there aren’t any snubs, but that I think the Academy did a decent job with the nominations. The Outlaw Josey Wales jumps out at me as a miss, but the Academy didn’t take Clint Eastwood seriously in 1976. I think Marathon Man is an unfairly forgotten classic of the era as well. On the foreign front, I might toss out The Ascent. There may be others, but I haven’t seen Seven Beauties, Face to Face, or Cousin Cousine yet. If I’m honest, though, I don’t have a huge issue with the five nominations.

5: I try not to watch a film and then do one of these posts involving that film in the same week, but the chance to do the bicentennial year on July 4th was too great a temptation. Regardless, that most-recently viewed film, Bound for Glory lands on the bottom. I liked this film pretty well, but like its subject, it rambles far too much. I’m not bothered at all by this not being close to actual history because in a real sense, it’s legend-making more than biography. It takes too long to get started, though, and because of that, it’s goes on about half an hour too long. There’s much to like here, just not enough to love. 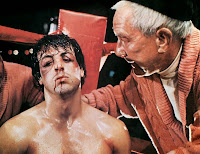 4: It’s common for the winner to land in the fourth spot for me, and that’s where our winner Rocky alights. Don’t think for a second that I dislike Rocky because it has a lot going for it. It’s a good story with a great ending and it’s appropriately told all the way through. I give Stallone a lot of credit for how he got the film made as well. Rocky may well be a great film and it’s a much smarter one than people tend to think. I like that it concentrates on character more than on boxing. It’s just not enough to be considered Best Picture in a year with this many great ones.

3: I like All the President’s Men very much, but it almost suffers from the opposite problem of Bound for Glory. Here, it perhaps doesn’t do quite enough myth making of the principle characters. I’m not surprised at its nomination and I have no real, serious complaints about it as a movie or as a Best Picture nominee. After all, the story was a national scandal that rocked the country for years, and there is no question that the story needed to be told, and it’s told as well as it could have been. I might pick this in a different year, but in 1976, the closest it can come is the top of the also-rans. 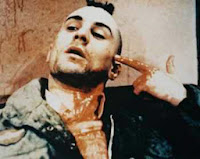 2: If you take a poll of people who have seen all of these nominees, my guess is that most will have the same top two in one order or another. It’s a tough choice which one goes where, but I’m putting Taxi Driver in the shotgun seat. I admit to being a huge Scorsese fan, and I don’t think I’m going out on much of a limb when I claim that Taxi Driver is one of his best, if not his best film. Like any truly great film, Taxi Driver is as valid and important now as it was when it was made. This is a story that could be retold today with almost no change. That it contains iconic performances is just icing on the cake. It’s transcendently great and I’d be fine with it winning, but it’s not my pick.

1: That leaves us with Network, which I stand by as the greatest film of 1976 and one of the greatest films of its decade. I’m not completely surprised that it didn’t win, because I’m not sure the genius of Network could be seen in 1976. The true brilliance of the film is that what was a terrifying possibility in 1976 has become our everyday reality in terms of our relationship to the media, and the news media in particular. Network is a staggering achievement not simply because it is great or prescient. It’s a staggering achievement because it’s better now than it was 38 years ago. It wins, hands down.

Email ThisBlogThis!Share to TwitterShare to FacebookShare to Pinterest
Labels: 1976, All the President’s Men, Best Picture, Bound for Glory, Network, Oscar Got It Wrong, Rocky, Taxi Driver