The Contenders:
A Beautiful Mind (winner)
Gosford Park
In the Bedroom
The Lord of the Rings: The Fellowship of the Ring
Moulin Rouge! 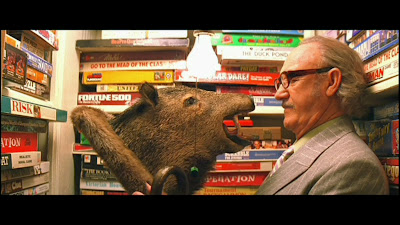 Two of my favorite movies ever came out in 2001. The fact that both of them are non-English language films makes their nomination a longshot, though, so I suppose in retrospect there wasn’t a great deal of hope for Amelie or The Devil’s Backbone. Sticking on the foreign front, Spirited Away, Safar e Ghandehar, Monsoon Wedding, Kairo and The Son’s Room were also released in 2001. Monsoon Wedding probably had the best chance of those, although Spirited Away won the Animated Film Oscar. On the English language front, Ghost World, I am Sam, Monster’s Ball, The Royal Tenenbaums, and possibly Mulholland Drive could all have a case made for them. If I don’t mention that this was also the year for the first Harry Potter movie, Nick Jobe will kick my ass, but I think if he’s honest with himself, he knows it didn’t really deserve a nomination. 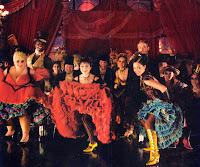 5: Goodbye Moulin Rouge! I know there are people who love this movie; I’m just not one of them. I felt as if I was under constant assault by this film when I watched it. When the music stopped and we got smaller, intimate scenes, I was so relieved that I wasn’t being pelted with noise and color that I almost couldn’t concentrate on what was happening. This was little more than Titanic put on land, and I was happy when the final credits rolled. In my world, it wouldn’t have gotten a nomination at all.

4: Next to drop off the list is Gosford Park. I understand completely why Gosford Park earned a nomination, and I disagree completely with every reason it did. Yes, it’s a well-made period drama. And I don’t care. There are too damn many characters, it goes on for too long, and I can’t be arsed to care about any person involved. Worse, it washed over me completely—I had to go back to my review of it to remember that it was a murder mystery. That can’t bode well, can it? Something that leaves that little of an impression can hardly be considered worthy of Best Picture.

3: With eventual winner A Beautiful Mind, we’re at least getting into territory where I liked the movie. The problem with this one is more or less the reason it won. A Beautiful Mind is a wonderfully made film on a first viewing. It’s rich and filled with interesting ideas and it is beautifully filmed from start to finish. The problem is that it doesn’t hold up on a reviewing. See it a second time and you’ll know what’s coming, and there’s nothing special to see about what you missed before you understood the mystery. It’s completely flat in that respect. No rewatchability makes it good, but hardly great.

2: I went into In the Bedroom cold, knowing only some of the people in the cast and nothing about the story. I emerged on the other end a believer. This is a tightly-wound little film about love, loyalty, anger, and revenge. That it’s played out in the lives of such average people and that such average people are driven to the points they are is only in its favor. What on the surface would seem extreme seems perfectly natural in the context of the film, which is the reason it’s so damn good. An excellent cast, particularly Tom Wilkinson, Sissy Spacek, and Marisa Tomei seal the deal. With In the Bedroom, we’re hitting a film that I could justify winning, limited to the five nominees.

1: Of the five nominees, The Lord of the Rings: The Fellowship of the Ring is not only the one with the longest title, it’s also the one I like the best. When Peter Jackson started the LotR films, the question was whether or not he could pull it off. With the release of this, people realized he could, and then asked a much more serious question: can he finish as strong as he began? Ultimately, as much as I like Fellowship, Jackson needed to complete the trilogy for anyone to really judge it. This is, despite its length, one-third of a film, so it was too early to judge. I’d have been unable to vote for it in 2001, and I’m not sure I’d vote for it now, even in hindsight with the trilogy completed. 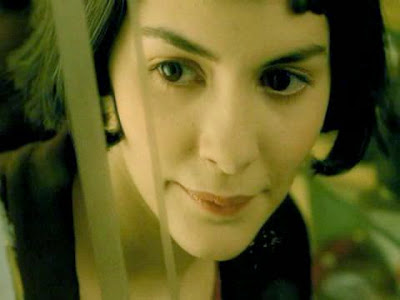 Which means that Oscar screwed the pooch in 2001 completely. Go back to the top paragraph and read through it again. In a year with this many great and important foreign language films, how did they all avoid nomination? How did I am Sam or Ghost World get passed over? While some of the nominees here deserved nominations, in a perfect world, we’d be talking about 2001 as the year Amelie won Best Picture. Instead, we live in a world where a piece of cinematic magic couldn’t even win Best Foreign Language Feature. Sometimes, the Academy sucks, and 2001 is one of those times. If a foreign language winner doesn’t work for you, go with The Royal Tenenbaums. 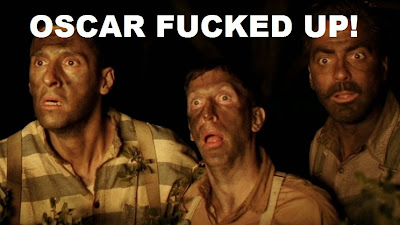 Email ThisBlogThis!Share to TwitterShare to FacebookShare to Pinterest
Labels: 2001, A Beautiful Mind, Best Picture, Gosford Park, In the Bedroom, Moulin Rouge!, Oscar Fucked Up, The Lord of the Rings The Fellowship of the Ring