The Contenders:
James Stewart: Anatomy of a Murder
Charlton Heston: Ben-Hur (winner)
Paul Muni: The Last Angry Man
Laurence Harvey: Room at the Top
Jack Lemmon: Some Like It Hot 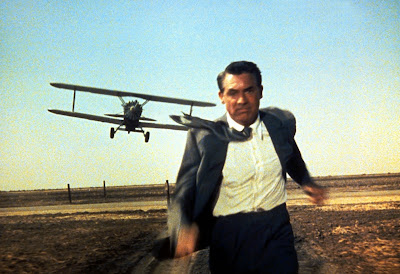 So, when 1959 comes up in terms of film, I’m immediately going to go to North by Northwest. When it comes to actors in 1959, I’m going to name Cary Grant and James Mason in that film. Aside from my own personal predilections, I have to say that I think the Academy did a pretty solid job of the nominations for this award in this year. I could happily toss out names like Jean-Pierre Leaud for The 400 Blows or Breno Mello for Black Orpheus, but I can’t legitimately claim them better than the five nominees. Rock Hudson for Pillow Talk? Maybe. Aside from Grant and Mason, if I had to name a male performance from 1959 that I love, I’m going to name Vincent Price from The House on Haunted Hill.

5: I feel like there’s a part of me that should be slapped for putting James Stewart in anything in fifth place in anything, but that’s where I’m putting his performance in Anatomy of a Murder. This is a good movie, and one that broke a lot of new ground. It’s one I’d happily recommend to other people. The problem I have with it here is that I don’t consider it to be one of Stewart’s great performances. When I think of James Stewart, there are a lot of places I go before I get anywhere in the neighborhood of this film. And for that reason, it doesn’t rise off the bottom in this group.

4: My problem with this particular year/category is that I don’t want to put anybody fourth. I refuse to cop out by calling a tie, though. Instead, I’m going to squeeze Laurence Harvey’s performance in Room at the Top into this position with a great deal of regret. I liked this film a lot more than I thought I would, and much of that is Harvey’s smarmy and somewhat heartless performance. If I need a reason to put Harvey in fourth place, I guess I’ll say that his performance is not what immediately comes to mind when I think of the film. What is is Simone Signoret, who absolutely steals the entire story.

3: I like Some Like It Hot a lot, and a great deal of that is the performances of Jack Lemmon and Tony Curtis. If you asked me to nominate one of those actors, Jack Lemmon would be my choice. It’s Lemmon, after all, who has to spend more time in drag, and it’s Lemmon who has to be far more convincing as a woman throughout. Better, he gets a lot of the great lines and there are moments when he speaks and acts with such insane relish that it’s impossible not to smile at him. I almost put him below the fold here, but if I come right down to it, gun to my head, this is a performance I could lose if presented with another candidate…but it’s really, really close.

2: Of the five movies nominated for this award in this year, The Last Angry Man is far and away my least favorite. However, Paul Muni’s performance within that film is one of the great performances of its decade if not just its year. The thing that made Muni so great is the same thing that makes judging him so difficult; he disappeared so completely into roles that it’s difficult to remember that it was actually Paul Muni behind that character. I’ve seen enough of Muni’s films to admit that part of the reason he’s this high on my list is because this character yet again shows his magnificent range as an actor.

1: You tell me: is it a cop out to say that Charlton Heston’s performance in Ben-Hur deserved its award? It kind of feels like it might be, but it’s a hell of a movie and a hell of a fine performance, too. When going through this list, Heston was, at various points, in fourth, third, and second in addition to where I eventually put him. It’s really how close the four are for me in general, although I’d still have nominated Grant (and possibly Mason, although him more likely for Supporting) What it comes down to, though, is I can’t honestly pick another performance as better than this one. Court cases work under presumption of innocence until guilt is proven I work with the idea that Oscar is right until demonstrated to be wrong, and I can’t prove Oscar wrong for this award. 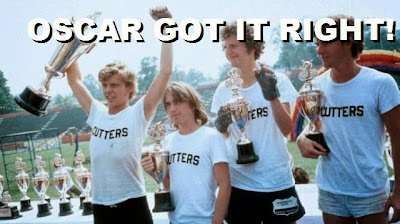 Email ThisBlogThis!Share to TwitterShare to FacebookShare to Pinterest
Labels: 1959, Anatomy of a Murder, Ben-Hur, Best Actor, Oscar Got It Right, Room at the Top, Some Like it Hot, The Last Angry Man