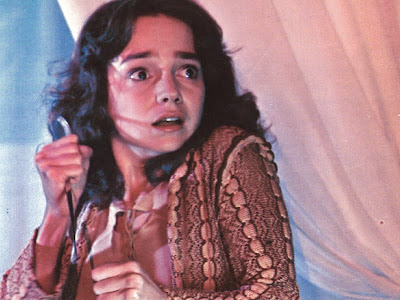 Straight off the top, the biggest miss in my opinion is John Badham’s work on Saturday Night Fever. Another miss, and I’ll happily cop to the idea that this is just me who thinks this, is Richard Attenborough for A Bridge Too Far While not the greatest film ever made, it’s a hell of a good production. Wim Wenders’s work on The American Friend might (and only might) be worth a nod. Charles Burnett’s Killer of Sheep would be an interesting choice, and far be it from me to suggest Burnett wasn’t worthy. The last two I might toss out are Werner Herzog for Stroszek and Dario Argento for Suspiria. Argento would be an incredible long shot, but it’s a hell of a vision.

5: I flatly do not understand the nomination for Julia at all. The movie itself was pretty unexceptional and I can’t really think of anything that special in the direction. I can’t for the life of me figure out why I’m having to talk about it here at all, in fact. Julia isn’t a terrible film, but it is a pretty boring one. Some of that is comes from the script, of course, but some of that comes from the director. Fred Zinnemann bears a share of the responsibility for making a film that was potentially interesting into something pretty plain.

4: With The Turning Point, we’re in a similar situation. I liked this film more than I liked Julia, but again, I don’t know that there’s anything exceptional in the direction. If the whole point of Best Director is to tell the story of the film in a unique and interesting way, what exactly did Herbert Ross do here? As with Julia, this is one that I could see being replaced with a different film very easily. This is despite the fact that I know more about ballet than the average person.

3: I may or may not agree with Annie Hall winning Best Picture, but I’m fine with Allen’s nomination here. This is a film that that would be much less directed by another person. Since Allen won, the Academy obviously agreed that he deserved the nomination. But the win? That might be pushing it. No doubt Annie Hall is directed within an inch of its life, but for all of that, I’m not sure it displays the sort of ambition necessary for Best Director. Allen’s risks here are more in the script than anywhere else. (Is it irony or coincidence that a shot from this film is used to indicate that this film shouldn't have won?)

2: The fact that Steven Spielberg was even nominated for Close Encounters of the Third Kind is pretty remarkable, given the genre of the film and Oscar’s basic predilections. Compared with Annie Hall, though, this is a film that takes a lot of risks, and the ultimate conclusion of the film is so outside of the mainstream for a science fiction film that it’s hard to believe. While Spielberg wouldn’t be my choice, I could easily understand the Academy handing the award this way, and had they done so, I’d have to agree that they would have made a bold choice, if not quite the right one.

1: No, the right choice is Star Wars and George Lucas. Oh, I know all of the knocks against Lucas as a screenwriter and as a director. Fair enough. While those problems may be evident in Star Wars, I contend that you have to look pretty hard for them. Lucas took a cast of mostly unknowns and with ingenuity and technical wizardry produced one of the most beloved films of its or any generation. Lucas should have been recognized for that. He took a ton of risks to make that film and kept the whole thing together, and even made it all make sense. He’s my winner here.