What I've Caught Up With, September 2020

I remarked on a recent post that I’m thinking about a potential new direction with the Oscar Got It Wrong posts coming up—I’ll be done with the completed categories before the end of this year (not including 2019) and I’ll be left with those categories where I can’t find all of the potential entrants.

I also asked for suggestions of films not on any of my lists, and you have all delivered. What follows will be the first monthly update of films for which I’m not going to write a full review, but which I have finally caught up with. Not reviewing these in full is not in any respect a knock on these films, many of which will be better than movies to which I have devoted a thousand or more words. No, it’s really just a volume thing. I can’t just review movies all day, as much as I would like that to happen. Also, it will only include movies from that giant list—not any weird horror movies or additional films (like, say The Adventures of Tintin, which I just watched) that aren’t listed.

So, expect to see these posts on the first Saturday of the month.

What I’ve Caught Up With, September 2020:
Film: The Sea Wolf 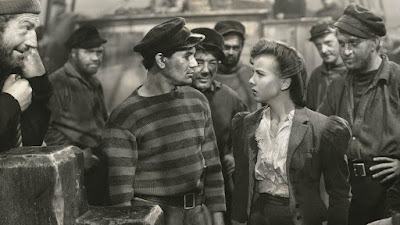 Based on the Jack London story, this has a dynamite cast—John Garfield, Alexander Knox, Ida Lupino, Edward G. Robinson, and features Barry Fitzgerald and Gene Lockhart in small roles. This is one of those muscular adventure movies that feels like it could have been a war film, and probably was intended to have that sort of effect without really endorsing a side on WWII in the year just before the U.S. entered. This was a lot darker than I expected it to be, and I mean that in a good way. How Robinson and Lupino managed to avoid Oscar nominations for their entire career, I will never understand.

When I think of samurai movies, I think of Kurosawa, but this one is from Masaki Kobayashi in very much the same style. A basic plot that includes a warlord’s concubine being force married to the son of his vassal, and then that concubine being demanded back after she and her new husband fall in love. That’s the rebellion that is happening here—the samurai father decides to defend the love of his son and his family. It’s stylized, as expected, and stylized in exactly the right way to be everything I wanted it to be. It stars Toshiro Mifune, so it has any additional samurai cred it might have needed.

Film: Batman: Mask of the Phantasm 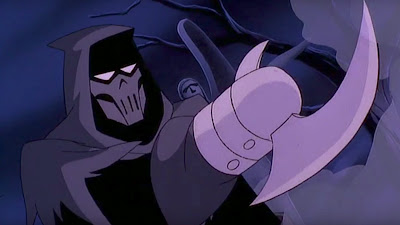 Widely considered the best of the animated Batman movies, Mask of the Phantasm genuinely does raise the bar. This is the first animated Batman movie (not show) to feature the classic pairing of Kevin Conroy as Bruce Wayne/Bats and Mark Hamill as The Joker. We’re naturally going to get a little bit of origin story here, but not too much—we don’t have to watch Thomas and Martha Wayne get murdered for the umpteenth time. What I find most interesting, and often do with animated Batman films, is how they exist in a world that is both modern and somehow 1943 at the same time.

Film: The Book of Life 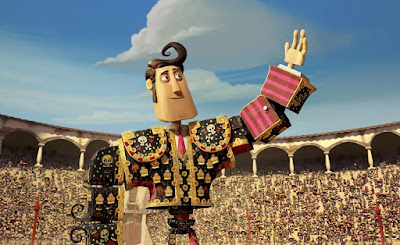 I genuinely don’t get this. The Book of Life features a guy in Mexico who wants to play guitar but is shamed by his family into a different career. He ends up in the land of the dead on Dia de los Muertos and has to fight for what he loves. This was produced by a Mexican (Guillermo del Toro) and directed by a Mexican (Jorge R. Gutierrez) and completely ignored at the Oscars. Three years later, Coco, written, directed, and produced by people whiter than me wins Best Animated Feature with many of the same plot elements. Was it the weird visual style? I don’t care—this was charming. (For the record, Coco was absolutely the right winner for its Oscar year. I just…Oscar has a race problem. That’s all I will say.) 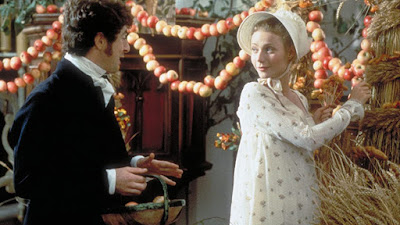 Genteel romantic comedy based on the Jane Austen novel of the same name puts Gwyneth Paltrow in the title role as the Georgian matchmaker. This covers in some respects a lot of the same ground of romance among the gentry and the honorable poor. It does feel like lesser Austen to me, though—far less engaging than Pride and Prejudice and Sense and Sensibility. This might simply be the presence of Paltrow, who I have grown to dislike. The cast does include Toni Collette, Alan Cumming, and Ewan McGregor, though, so it’s not all a wash. Still, there’s better Austen out there, and better Austen adaptations.
Posted by SJHoneywell at 11:36 AM

Email ThisBlogThis!Share to TwitterShare to FacebookShare to Pinterest
Labels: Batman: Mask of the Phantasm, Emma, Samurai Rebellion, The Book of Life, The Sea Wolf, What I’ve Caught Up With