The Passing of a Giant

Ray Bradbury is dead. Here's one of what will certainly be many obituaries.

I grew up on Bradbury. I got my first copies of two of his books of short stories for Christmas when I was 8, and I've ready pretty much everything he's written. I own copies of most of them. I even have a signed copy of one of his books. Years ago, I found his address online and sent him a book, asking for an autograph. He sent it back within two weeks with a full inscription on the title page. That book, "Zen and the Art of Writing," still holds a place of prominence on my bookshelf. 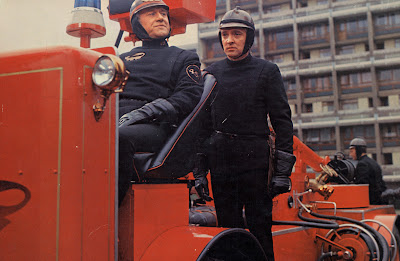 This is a movie blog, and it might seem odd that I'm discussing the life and death of a writer, but Bradbury was also fascinated by film. His works, sadly, don't translate well to film (A Sound of Thunder is proof of that), although Francois Truffaut managed a passable version of Fahrenheit 451. He also penned the script for the 1950s version of Moby Dick and won an Emmy for The Halloween Tree.

In my world, he's called St. Ray. He's always been that to me. He was the man who, years ago, huddled under my blankets with a paperback copy of one of his books, made me think that writing--writing about anything at all--was something to do. He was and is a hero and an inspiration.

I'm taking the rest of the day off from this blog. Few things have been as important to me as a person, as a growing and changing human being, as the words and worlds of Ray Bradbury. I am profoundly saddened by the news of his death, and our world is much the worse for his loss.

Goodbye, Ray. Peace be with your now and forever.