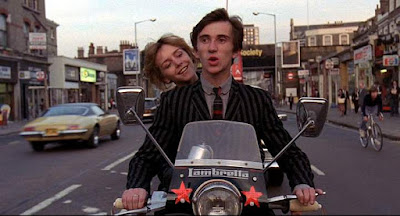 1979 was a great year for original screenplays. I genuinely enjoy four of the five nominees, and there were enough good screenplays in 1979 to come up with a complete list of alternate nominees with a few left over. That said, the movies that I would want to nominate are, in the main, the sort of movies that don’t earn Oscar nominations. For me, the best unnominated screenplay in this category is Quadrophenia, followed rapidly by Alien. The Muppet Movie didn’t have a chance at a nomination, which is kind of a shame because it’s fun and clever. On the comedy front, Real Life is probably the closest to Academy-approved. The Jerk is stupid/funny, which probably puts it out of contention and Life of Brian is probably too controversial. The In-Laws, though, was overlooked and is tragically unknown today. I should probably include Mad Max as well, even if it probably doesn’t belong as a film that really deserves a nomination.

5: I said above that I like four of the nominees. …And Justice for All is the one I’d happily take off the slate. It’s not that this is a bad film or a bad screenplay; it’s more that I just don’t think it’s that great. It’s overwhelming in what it presents. The things I like about the movie fall in the realm of performances, Al Pacino and Jeffrey Tambor especially. The things I am less enthusiastic about are the soundtrack (it’s wretched) and the story itself, which means it’s not going to get a lot of play from me in this category.

4: Does Woody Allen belong in fourth place? With Manhattan, I think he does. Manhattan is one of his better-known and loved films but I have some issues with it. There’s a weird pederast-y vibe to it for starters. It also feels like Allen took his excellent screenplay from Annie Hall, threw everything up in the air, and just reassembled it into the form it is in here. Allen was and still is a talented writer. The story of Manhattan comes across too much like rehash from someone who shouldn’t be rehashing his old stories for anything.

3: I saw The China Syndrome as a kid and it scared me. Really, really scared me. There’s a lot here that is well done and extremely timely for when the film was released. In 1979, I probably would have ranked this higher than I do here, but in 1979 I was 11. Being scary, while I appreciate it, isn’t really enough to put the film over the top. More, it’s the performances that sell the film, not the story itself. It gets some points for being mildly prescient—it was released less than two weeks before the Three Mile Island incident—but it doesn’t get above third place from me.

2: I really like Breaking Away and so I feel a little guilty that in the one place I could use a picture from that film to celebrate it getting an Oscar I’m going in a different direction. The problem with it is that it’s yet another version of the underdog sports story. We have a group of locals who can’t win competing against rich college kids in an unusual sport (cycling). We know where it’s going. It’s true that Breaking Away is absolutely one of the best versions of this basic story that you’ll ever find. But it is still that story, and it’s a story that you already know. 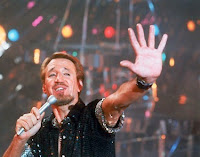 1: It’s all about All That Jazz for me. This is a gutsy film that uses its musical elements not simply to display song and dance but to actually further the plot. It’s inventive and creative, gives us a terrible human being as a main character who is nonetheless fascinating and compelling, and pulls no punches. That it has great performances is an additional bonus, but All That Jazz starts from a firmer foundation than any other film based on an original story in 1979. This is the film that should have won, and this is not the only Oscar it should have won.

Posted by SJHoneywell at 8:31 AM

Email ThisBlogThis!Share to TwitterShare to FacebookShare to Pinterest
Labels: …And Justice for All, 1979, All That Jazz, Best Original Screenplay, Breaking Away, Manhattan, Oscar Got It Wrong, The China Syndrome