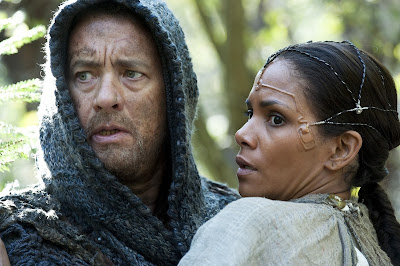 I like several of the nominees well enough that I’m satisfied with their nominations. As usual, though, there are a few places where I think there’s room for improvement. The Academy decided that Cloud Atlas was worth ignoring completely, a decision with which I heartily disagree. It deserved several nominations, including one here. I might also toss out Joss Whedon’s version of Much Ado About Nothing as a well-adapted film. I’m less sure of Les Miserables, although the adaptation was excellent. I just didn’t like the film that much. The Academy would never consider films like John Dies at the End and Dredd, but maybe they should.

5: The only thing I really liked about Beasts of the Southern Wild was the presence of Quvenzhane Wallis. As far as I can tell, she’s the reason that the film got a lot of traction when it came to various awards and she deserved all of the acclaim she got. But the film itself just left me confused. I’m not sure what it was trying to say and I’m equally not sure if what it had to say was worth hearing. This comes across to me as a “feel-good” nomination, and Cloud Atlas should’ve been here instead.

4: Life of Pi is another instance where I like a single aspect of the film and dislike everything else. In this case, the one thing I like is the visuals. It’s a beautiful movie, and there’s no getting around that. It might well be that this is an accurate and faithful adaptation of the underlying story, but I kind of don’t care because I think the story is pretty dumb overall. This is a film that tries to pull a big ol’ switch on us at the end and it falls flat completely. Love the look, completely ambivalent to everything else.

3: Lincoln would have been much more of a player for me in this except for the ending. If the movie had ended 5-10 minutes earlier than it did, it might well contend in my opinion. It’s not that the last few minutes are bad; they’re just unnecessary. Like it or not, knowing when to end the story is a big part of being successful. We get an unneeded coda, and as the last thing we take away from the movie, it’s one of the things most easily recalled. Gotta end strong or you don’t end up below the fold.

2: I like Argo quite a bit, and a big part of what I like about it is the screenplay. There’s a nice blend of the story being completely life-and-death serious and also being filled with characters who are pleasantly and entertainingly unhinged. As it happens, it’s also geared to be the winning screenplay by virtue of having movie producers as the heroes. It’s a little pandering in that respect. I like the nomination a lot (I’ve put it second, after all), but there’s a better option for winning in my opinion.

1: I’m giving it to Silver Linings Playbook. One of the challenges of this story is that we’re presented with a series of characters who are unpleasant and difficult to like because of their various mental issues. By the end of the film, though, we actually do end up liking them and wanting them to be happy. The performances help in this respect (and four people were nominated for acting), but a lot of this comes from the screenplay. That’s good writing, and good writing should be rewarded.