Fear of a Black Cinema 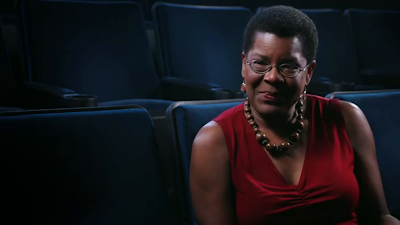 I like horror movies. I’ve liked horror movies for a long time, and I’m fascinated not just by the movies themselves but by the stories behind them. For a long time, my favorite horror documentary has been Nightmares in Red, White and Blue about the American horror movie industry; I recommend it without reservation. So when I heard that there was a documentary about the relationship between Black audiences and actors and horror films, I was very much intrigued. Well, thanks to my wife’s love of the show Dexter, we have the AMC add-on for Amazon, and this means I finally got a chance to watch Horror Noire: A History of Black Horror.

What makes this topic so interesting is that this relationship has for a long time been one-sided. Black audiences have often loved horror but have not been loved in return (a sentiment expressed almost immediately when the film begins). There are many tropes relating to the Black experience in horror movies. Black characters are the first to die, or will sacrifice themselves for white characters, for instance. Black characters are also often fonts of ancient wisdom and are similarly the source of danger. In many older movies, Black characters are comic relief, and in horror movies without Black characters, the monsters themselves are often coded to be at least non-white (just as many movie villains in general are queer-coded). In that respect, the relationship between Black audiences and their representations on screen has been almost abusive.

This was a fascinating movie for me to watch because of just how much of this I may have seen without it really registering on my lilywhite brain. I am, after all, one of the whitest people I know. How white am I? I’m white enough that I’ve had my DNA done, and it’s 99.9% Northern European. My ancestry doesn’t go further south than Paris. And so much of what to me is just horror movie registers very differently for someone who is not in the cultural majority.

This doesn’t mean that I don’t notice particular things, but that I will often seem them very differently. For instance, in one point of the documentary, the discussion shifts to Poltergeist. The comment that is made is that the houses are built on an ancient burial ground, and so the horror that is attacking these white people is just the rising evil of these ancient brown folk. I felt that differently—not as a kid but definitely as an adult. I see what happens in Poltergeist as the unquiet ghosts of the past seeking just revenge.

It’s also interesting to see what movies are seen as pivotal. Night of the Living Dead is important, of course, and it’s fascinating to hear that George Romero didn’t specifically cast Duane Jones in the lead role because he was black—it was color-blind casting and Jones was simply the best actor to show up that day. The same was evidently true with The Girl with All the Gifts; Sennia Nanua gave the best audition. But what a huge difference it makes to hear the line “Why should it be us who die for you?” coming from the mouth of a young Black girl! I suppose I realized this on some level, but since that movie isn’t about my representation, it’s not something that clicked with me until it was pointed out to me.

That’s where this movie is so interesting. And it’s good to know that in some respects, things are changing. It’s not a surprise that a good amount of the film was spent talking about Get Out. Perhaps I’m showing my naivety when I say this, but it was surprising to me how surprised people in this documentary seemed to be that white audience members were cheering hard for Chris to escape and survive. Jordan Peele comments very specifically that there are no good white people in the movie; he did that intentionally. And yet, white people in the audience didn’t have a problem with it and want Chris to win. Perhaps, perhaps we’ve turned a little bit of a corner. It was also nice to hear some praise given to Wes Craven as being specifically a director who was inclusive in his casting, with The People Under the Stairs as a notable example.

I said in my review of Promising Young Woman that revenge movies about women are more interesting when they are written by women. Men who write revenge movies about women essentially make male fantasy versions of revenge films. Women’s versions are smarter and much more nuanced, and much more real. I think something is similarly true of horror movies. Horror films that come from less represented voices are going to have a much different take not just on horror but on what is horrifying, and that’s worth exploring.

Is there a problem here? Yes--Horror Noire is too short. At less than 90 minutes, I was just feeling like I was getting warmed up and the film was over. I could have easily stood another half hour of this, and probably more.

Why to watch Horror Noire: A History of Black Horror: One of the better horror documentaries available.
Why not to watch: It could be 40 minutes longer easily.