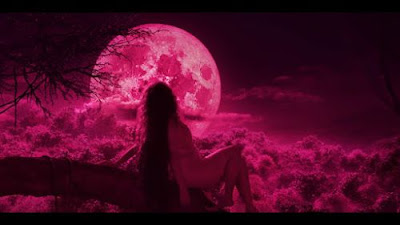 I really do pay attention to suggestions that people make when it comes to movies, even if I don’t act on them right away. Bulbbul was recommended to me by a friend months ago, and it had been sitting in the back of my mind for some time until I finally got around to it. It’s another entry in the current subgenre of “good for her!” films. Any film where instead of simply becoming a victim the woman at the center of the film fights back against those who are otherwise destroying her life or psyche falls into this category. Many (Ready or Not, You’re Next, Happy Death Day) are horror movies, but a few (Swallow, Promising Young Woman) are dramas or are horror-adjacent. For what it’s worth, Bulbbul is firmly in the horror camp.

Our story takes place in the 19th century in India. Bulbbul (played initially by Ruchi Mahajan and then for the rest of the film by Tripti Dimri) is a child bride—a seriously child bride, since she is five—being married off. She is proxy married to Satya (Varun Buddhadev, then Avinash Tiwary as an adult), the younger brother of her actual husband Indranil (Rahul Bose). Indranil has a twin brother named Mahendra (also played by Bose) who is clearly mentally disabled and also clearly obsessed with Bulbbul despite being married to Binodini (Paoli Bam).

There are going to be a series of things to keep track of with Bulbbul. First, because we need the legend that is going to be taking place through the movie, we need to learn that young Bulbbul and Satya like to tell each other ghost stories. Specifically, they like to talk about the witch woman, a sort of legendary cryptid/monster/boogeyman known as the chudail.

Second, we need to know that the bulk of the story is taking place a good 20 years after Bulbbul’s child marriage. Satya has just returned from England. In recent years, Mahendra has been killed by what many believe to be an attack of the chudail. Indranil has left the family estate, leaving Bulbbul in charge. She is visited frequently by Dr. Sudip (Parambrata Chattopadhyay), who tends to her feet that were damaged in an undisclosed incident.

You also need to know that Bulbbul is desperately in love not with her husband, but with Satya, and the feeling is clearly mutual.

There is a very big problem at the heart of Bulbbul, and it’s one that prevents me from going in any more detail on the story. That problem is that you cannot possibly not know exactly where this story is going to go. It is virtually impossible for me to go deeper without absolutely spoiling the story. You may not be able to guess the specifics of things that are going to happen, but if you can’t guess the broad strokes of the story, you’re simply not paying attention. It’s that significant a problem, such that if I want to talk at all about the story past this point, I would need to put it under a spoiler tag even if I still talk in generalities.

This means that I need to talk about other things. The main thing to talk about for me barring the plot is the performance of Tripti Dimri, who is very good in this film. There is a sense of her being very much in charge, far more than a woman in the 18th century in India would be expected to be in charge. Bulbbul is very much in charge of her life, and that’s nice to see. Dimri always comes across as knowing a little bit more than she lets on, which is what the role needs, and as the plot thickens and becomes clearer, it becomes even more important for her to have that attitude.

Just how serious is that plot problem, though? It’s pretty serious. For me, it’s the difference between considering Bulbbul a surprising must-see film and one that is merely good and worth seeing, but not worth going out of your way to see. It’s a shame because there is a lot here that is really beautiful. So much of the film is filmed in a glorious red filter that adds so much to the atmosphere and experience. Such a shame that it couldn’t mask its ultimate destination better than it does.

Why to watch Bulbbul: Good for her!
Why not to watch: It is incredibly telegraphed.